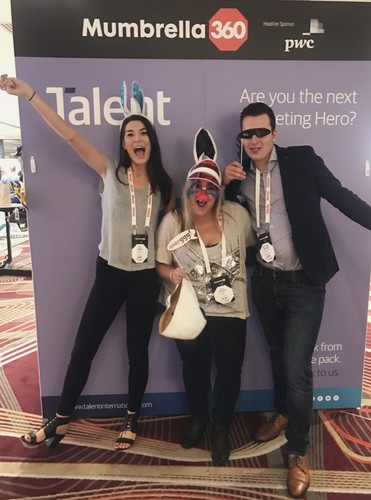 From the 6th- 8th of June 2017 at the Sydney Hilton on Pitt Street, thousands of patrons from a variety of professional industries descended on one of the showcase Marketing & Advertising spectacles of the calendar year. Those who attended were in for a spectacle of ‘Razzmatazz’ more likely witnessed at the Oscars (without the risk of Warren Beatty reading out the wrong name… we can’t have everything).

Talent were a proud sponsor of the event and as such were provided with exhibiting space around pillars. Two in fact, one of which was so beautifully positioned it was the first thing you bumped into when you walked in the main doors. Adorning the front of said pillar was a screen projecting a rather marvellous video about Talent’s annual event, the Talent Unleashed Awards (again, we’ll avoid Beatty). How do I find out more about them you say? I’m glad you asked - http://www.talentunleashedawards.com/

But back to Mumbrella360 and its three days of wall to wall presentations, smoothies and head massages. What were the highlights?  Well, let’s start with..

I’m happy to admit that I am somewhat in awe of this man. He’s divisive but deliberately so. He states opinion, not to shock, but to provoke thought. He swears a lot because he understands that in the right context, the odd F-bomb can be quite powerful. People listen to him, disagree with him and yet continue to listen to him. We want to know what he thinks, we want to know what he thinks about what we think. He has perfected the balance between humour and legitimate content, and – without wanting to sound too cliché – he says lots of things that people want to say, but don’t. 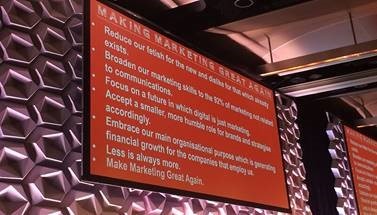 His presentation – “Make Marketing Great Again – 7 ways to improve Marketing performance” was a typically bullish and heavily satirised jaunt through the marketing industry’s obsession with pitting traditional and digital streams against each other. Using his own brand of unique insight, his argument against this practice was a perfect example of why he is so sought after on the public speaking circuit, and yet he still does it for free. Further evidence, if required, that despite his constant critique of industry practices, he really cares about this stuff.

The Transformation of Domain

What else can you say about Editorial Director Toby Johnstone’s presentation “Cracking Content” that hasn’t already been said? Probably nothing so I’ll just re-hash other opinions on how great it was.

All the information is here but I’ll focus my attention on how “How Domain Transformed its Journalism into a Core Business Channel” was a masterclass of delivery and insightful future-proofing methodologies.

The final piece in his five part plan regarding risk was a particular highlight. If you haven’t watched “Avalon Now” then you need to. Depending on whether you live in the Northern Beaches or elsewhere, you’ll enjoy it for completely different reasons I suspect. 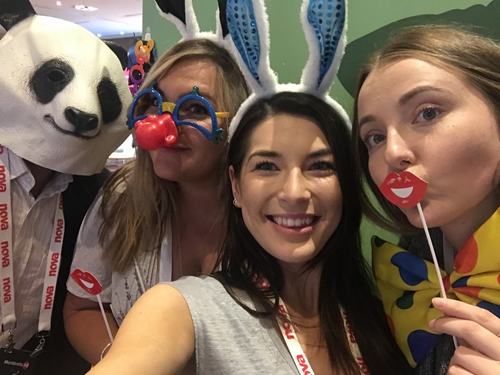 An amazing idea and a great way to start off the event. 68 tables, 10 time slots each, 15 minutes per slot. Extend an invite to whoever you liked and see what you got back. Terrible for the ego if you didn’t get many, great for your network if you did. The night was dispatched with a level of organisation generally reserved for the armed forces. It should have been chaos, but it wasn’t. It was, in fact, an exceptional way of meeting lots of new industry peers under zero pretence. We chatted, maybe pitched the odd idea / service, exchanged business cards with the promise of a follow up if relevant and wished each other a pleasant three days.

“See you in the bar” was the night’s go-to sign off, it was an joyous atmosphere with a serious message. Throw yourself in front of new people, you never know what might happen.

Easiest branding decision of 2017 bar none. As a company collective I believe we picked up about 200 of them, regardless of brand duplicates. We didn’t care, free fidget spinners are awesome and we want them, and we will now remember your organisation because of it. Job done. A close second were our friends at Campaign Monitor handing out socks.

It matters, whether you admit these things or not. The catering was exemplary and made the three days much more enjoyable. Easier in theory than execution and MUmBRELLA nailed it. Those burgers….

Who doesn’t love head massages? I refer again to the attention to detail MUmBRELLA demonstrated in small additions that can turn a good event into a great one.

So there it is, Mumbrella360 was a delightful and insightful smorgasbord of talent, entertainment, industry heavyweights and Mark Ritson (last time I mention him promise). We look forward to this year in and year out, and every year we get a clearer indication as to why. 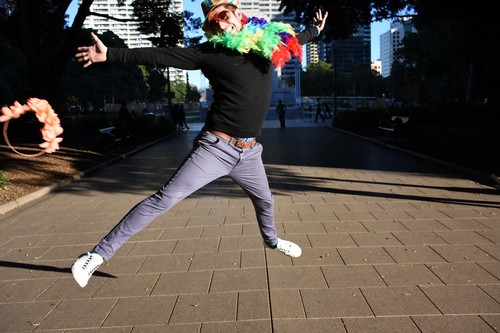